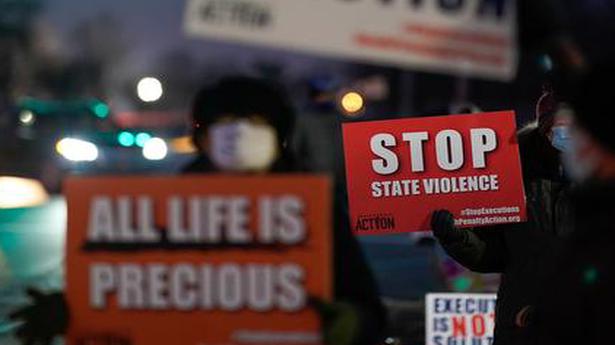 The U.S. Supreme Court has overturned a stay on convicted murderer Lisa Montgomery’s execution by the 8th U.S. Circuit Court of Appeals, clearing the way for the execution of the only woman on federal death row in the United States, who doctors say is brain-damaged and mentally ill.

In a separate development, a U.S. judge ordered the U.S. Department of Justice to delay the executions of two condemned murderers until at least March 16 in order to allow them to recover from COVID-19.

The two inmates, Cory Johnson and Dustin Higgs, had been scheduled to be executed on Thursday and Friday at the Justice Department’s execution chamber in its prison in Terre Haute, Indiana.

We have been keeping you up-to-date with information on the developments in India and the world that have a bearing on our health and wellbeing, our lives and livelihoods, during these difficult times. To enable wide dissemination of news that is in public interest, we have increased the number of articles that can be read free, and extended free trial periods. However, we have a request for those who can afford to subscribe: please do. As we fight disinformation and misinformation, and keep apace with the happenings, we need to commit greater resources to news gathering operations. We promise to deliver quality journalism that stays away from vested interest and political propaganda.

10-member WHO team arrives in China to probe origins of COVID-19...