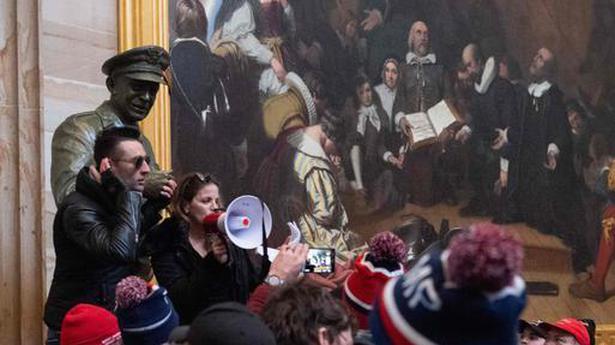 We cannot allow these same insurrectionists to get on a plane and cause more violence and more damage, said U.S. Senate Minority Leader Chuck Schumer

A top Democratic leader in the United States has demanded that all those who stormed Capitol Hill last week be put on the country’s no-fly list.

“We cannot allow these same insurrectionists to get on a plane and cause more violence and more damage. These individuals are threat to the homeland as defined by the law allows this. And they should be placed on the no-fly list,” Senate Minority Leader Senator Chuck Schumer told reporters in New York.

Saying his party colleagues were calling on the authorities, the FBI, the TSA and the Department of Homeland Security for this, Mr. Schumer said he spoke to the FBI director twice in the last few days.

“The folks, the people, the insurrectionists who breached the U.S. Capitol fall under the definition of threats to the homeland and should be immediately added to the TSA no-fly list. We are calling on the authorities, the FBI and TSA (Transportation Security Administration). Any of those who were inside the Capitol should be placed on the no-fly list and not be allowed to fly,” he added.

Observing that the attack on the U.S. Capitol remains under active investigation, Mr. Schumer said the situation has gotten many concerned about the possibility of another attack or attacks, and rightfully so.

If these “insurrectionists” are not prosecuted to the fullest extent of the law, their pledges to disrupt and incite further violence could occur again, he asserted.

Many of the individuals who were part of the attack last week are at large and are wanted for questioning, Mr. Schumer said.

“The founding member of the Proud Boys Hawaii was arrested last Thursday, accused of unlawful entry into the U.S. Capitol building,” he added.

Mr. Schumer’s news conference in New York was disrupted by a protestor, who shouted, “You’re nothing but a racist. I’m glad what the Trump protesters did.” The Senate minority leader asked the protestor be removed.