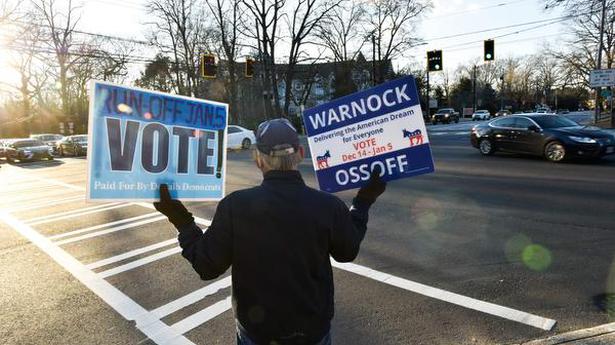 One of the earliest consequences of a Democrat-controlled Senate is likely to be eligible Americans getting $2,000 in coronavirus aid – up from the current $600. The higher number is generally supported by Democrats on Capitol Hill as well U.S. President Donald Trump. But enough Republicans in the Senate – including former Majority Leader Mitch McConnell – were against it so it never got a vote as the 116th Congress wound down last week (the 117th Congress convened on Monday). The details of a follow-up COVID relief package passed by Congress would very much be impacted by who controls the Senate.

“ If you send Jon and the Reverend to Washington, those $2,000 checks will go out the door…” Mr Biden had said while campaigning in Georgia on Monday.

The main consequence of a Democrat-controlled Senate is that Mr. Biden will have more leeway in terms of policy making, cabinet and judicial appointments than he would have otherwise had in a Republican-controlled Senate. In the latter case, Mr. Biden would have likely relied heavily on Executive Orders to push through his policies – as both Mr. Trump and Mr. Obama did when faced with a split Congress.

However, Mr. Biden will not have anything close to a free pass just because Democrats control the Senate as most legislation (such as non-budget related legislation) requires a majority of 60 rather than a simple majority of 51 (legislation passed via ‘budget reconciliation’ ). This can technically be changed but will require ending the filibuster (a tactic used by those opposing legislation to continue debate on it so it does not go to vote) – something the Democrats have considered but is likely to stay for now as not all Democrats support ending it.