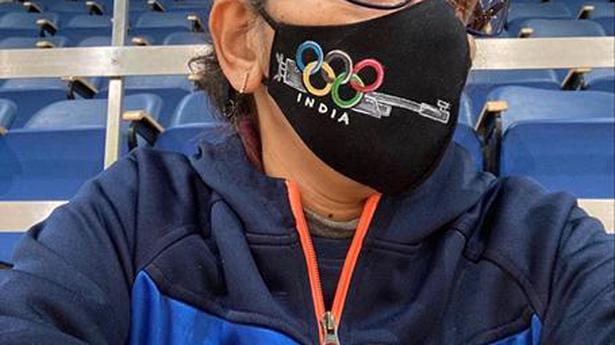 The Indian shooters have been preparing away from the glare of the media, diligently following COVID-19 protocols.

After two stints of training at the Dr. Karni Singh Range in recent months, the cream of Indian shooters will be joined by a larger bunch for the ensuing selection trials.

“I was very happy with the training camps. The timing was perfect, in terms of getting the Olympic team back on track. Now, the trials are also timed well to kick start the national activities. It is time to test the shooters in competition,” said the high performance coach for rifle, Deepali Deshpande.

Quite forthright, Deepali stressed that it was important to keep the shooters on their toes.

“We must have coaching camps and competitions at regular intervals till the Olympic Games,” she said.

The first World Cup for rifle, pistol and shotgun is scheduled to be staged at the Dr. Karni Singh Range from March 18. The Olympic quota winners will be fielded in the World Cup, irrespective of their national rank, while the rest will earn their berth on the basis of rank.

Four sets of trials, two each in January and February, will give a clear indication of where the shooters stand in terms of being able to match world standards.

Kiwis become No.1 in Test cricket for first time