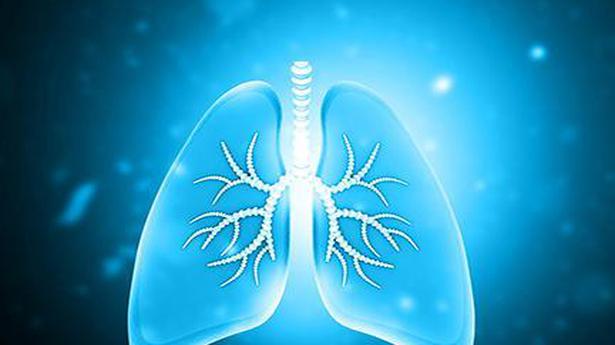 Diagnosing TB usually involves using a sputum sample or a biopsy in the detection tests. This is not just time-consuming or expensive, there are also cases where getting a sputum sample is not easy or even possible, such as with small children or in the case of extrapulmonary TB. Now, IIT Madras researchers are developing a point-of-care platform for early-stage TB screening and detection using urine samples. The platform is yet to be tested in clinical trials. The research has been published in the journal Biosensors and Bioelectronics.

The glycolipid lipoarabinomannan (LAM), an integral component of the cell wall and cell membrane of Mycobacterium tuberculosis (Mtb), the disease-causing bacterium, has been explored as a biomarker for TB diagnosis. Since it is known that LAM is released into the blood stream during active infection and passed out in urine, it can be viewed as a potential biomarker for even cases other than pulmonary TB. In the test conducted by the group, the sample containing Mtb-LAM is mixed with gold nanoparticles and incubated for five minutes. Then a U-shaped fibre-optic sensor device with an LED and a photodetector attached to its two ends is dipped into the mixture. The results are generated in the next ten minutes, and the amount of Mtb-LAM present in the mixture can be read out.

To describe the above process in detail, the sample for analysis is mixed with the reagent containing detector antibody (anti-MTB-LAM IgG) conjugated with plasmonic gold nanoparticles. The gold nanoparticle labels capture the analyte (LAM) molecules from the sample solution through the detector antibody. Then the pre-mixed solution is given to the sensor probes immobilized with capture antibody (anti-MTB-LAM IgM).

Thus on the sensor surface, a sandwich-like immunocomplex of the three is formed. This comprises capture antibody-analyte-detector antibody with a plasmonic label.

“Likewise a large number of immunocomplexes are formed on the sensor surface that are proportional to the LAM concentration… Each of the plasmonic labels absorb light passing through the fibre, leading to a drop in light intensity at the detector. The drop in the light intensity is a measure of LAM concentration,” says Vani Janakiraman, from the Department of Biotechnology, IIT Madras, in an email to The Hindu. Along with V. V. Raghavendra Sai of Department of Applied Mechanics, she has formulated the problem of urinary LAM based diagnosis of TB.

The pregnancy test kit, for example, simply works on a naked eye–based detection of coloured nanoparticles. “On the other hand, the colour detection and quantification in this method can be done ten thousand times more efficiently with the help of optical waveguides such as an optical fibre. If the plasmonic labels are on the fibre core surface, much lower concentrations of LAM can be detected,” says Dr. Raghavendra Sai in clarification.

The team is in the process of scaling up the sensor probe fabrication and functionalisation strategies. “We would also like to cut down the volume of the reagent being used, which significantly influences the cost of the test. On the other side, we are also working on developing a point of care device unit for preliminary validation,” he says.

Question corner | How do conifers keep their green needles over...