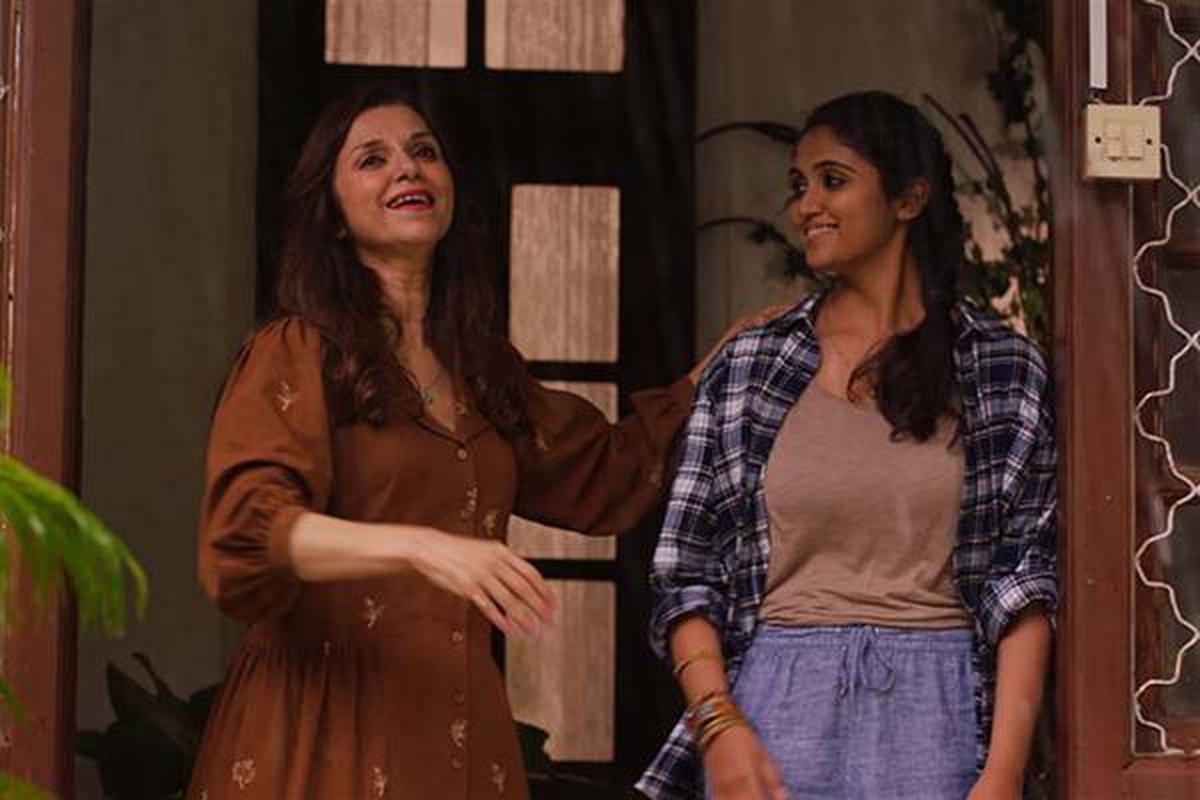 The Amazon Prime anthology features a stirring ensemble of slice-of-life tales that dwell on the common themes of loneliness, love and hope

If you are looking for an ensemble of slice-of-life stories that are quirky, funny and close to reality, Unpaused will surely be your cup of tea. Filmed during the ongoing continuum of the pandemic, the anthology features five different segments by Raj & DK, Nikkhil Advani, Tannishtha Chatterjee, Avinash Arun, and Nitya Mehra.

Each story set during the lockdown has a common thread. While a few attempt at delving deep into the irreparable suffering of people amidst the global crisis, the others are stories of hope. A polite reminder, if I may say, to restore our faith in humanity. That when we are all helpless and in need, a stranger might show up risking her life to deliver groceries, or save us from our (inner) demons.

Glitch, the first of the five written by Reshu, starring Gulshan Devaiah and Saiyami Kher, is dystopian. The storyline is set in 2030 where the virus is the new terrorist, and people are apparently hostile to “(frontline) warriors”. The virus has brought human beings to their knees, and yet the instinct to survive continues.

Due to a glitch in the system, two strangers — our protagonists — meet on a virtual date. Gulshan is a paranoid citizen, who has managed to stay alive despite the rapid death rate; while Saiyani plays the role of a scientist, working on the vaccination trial. The story tries to imagine lives led during a prolonged pandemic, where every other human is craving companionship. Gulshan is charming and has the perfect comic timing. The story leaves you with a thought, “How long does it take to fall in love at first sight?” About the same time it takes one to catch a virus!

The Apartment, the second in the anthology, is slightly different from the rest. The storyline is not dependent on the infectious outbreak, and the screenplay by Sanyuktha Chawla Shaikh tackles the difficult depiction of mental health.

Richa Chadha, who plays Devika, is the wife of a celebrated journalist, portrayed by a sincere Sumit Vyas. She suffers from depression and anxiety. At the onset of Janata Curfew, Devika learns that her world is collapsing after sexual assault allegations are hurled at her husband, and struggles to keep her life and mental health together. But she finds a rescuer in a neighbour played by Ishwak Singh. As Devika, Richa takes us on an uncomfortable emotional ride, and anyone with an iota of understanding as to how depression works, would feel her pain.

The next three stories in the anthology are personal favorites, and in fact, could have been full features.

The screenplay by Devika Bhagat in RAT-A-TAT is lifted up a notch with fine performances. The storyline is simple – a 65-year-old single lady, who is easily annoyed, reluctantly helps a young, broke woman living in the same building. An unfortunate encounter with a rat brings the two of them together. Rinku Rajguru as Priyanka lights up the screen and complements the beautiful Lillete Dubey admirably. Even when she is wearing a mask, Rinku’s expressive eyes emote wonders. While the story sees a sudden jump to the conclusion rather strangely, there are moments of subtlety, such as when Rajguru’s character retorts in a scene, “So what I don’t speak Hindi, the rest of India also doesn’t speak Marathi, right?”

Lillete Dubey and Rinku Rajguru in a still from the show

What follows next is Vishaanu, which shows the plight of migrant workers brilliantly essayed by Abhishesk Banerjee and Geetika Vidya Ohlyan. The story, smartly written by Shubham, is the finest — not necessarily because of the moving theme — but because of the execution. There is not one moment in the plot-line that seems rushed, or out of place. There are elements of fun, truth and hopelessness, fitting together perfectly.

Even Chand Mubarak, the last short story of the anthology, much like Vishaanu, focuses more on the subtler moments. Shardul Bharadwaj as Rafiq and Ratna Pathak Shah as Uma are nuanced and impressive. The storyline, which filmmaker Nitya Mehra co-wrote with Vidur Nauriyal and Tarun Dudeja, fills your hearth with warmth. The segment follows Uma finding solace in Rafiq, an auto driver, who goes out of his way to help her. One of the many thoughts I had while watching the unorthodox friendship unfold was, “Can we have more of Shardul Bharadwaj on OTT, please?”

All these diverse stories essentially focus on similar emotions: loneliness, love, pain, and above all, hope. Ultimately, the anthology makes one revisit what Emily Dickinson once wrote, “Hope is the thing with feathers/ That perches in the soul…”

‘Dickinson’ Season 2 review: Hailee Steinfeld comedy-drama continues to be as...