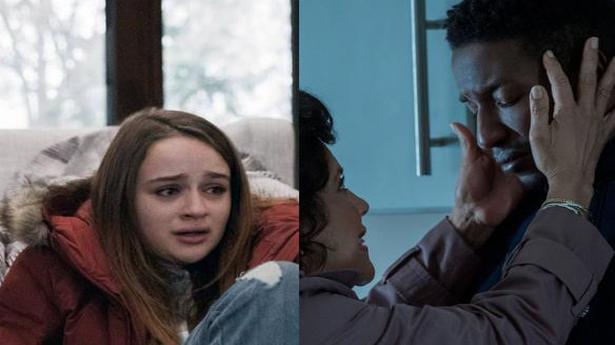 It is October and time for all the spooky stuff from Hollywood. On cue, Amazon Prime Video has dropped the first two films from its horror anthology, Welcome to the Blumhouse, The Lie and Black Box. The movies are not straight horror as much as psychological thrillers. While the former is anaemic and annoying, the latter is gloriously pulpy.

Written and directed by Veena Sud, The Lie is based on Sebastian Ko’s 2015 German film, We Monsters. Kayla, a troubled teenager, confesses to her divorced parents, Rebecca and Jay, that she impulsively killed her best friend, Britney. Rebecca, a successful corporate lawyer, and Jay, a musician, go down a rabbit hole of lies, deceit, deception, and do increasingly terrible things to protect their daughter. Peter Wunstorf’s cinematography brings out the icy cool of the bleak winter landscape as well as the sleek frostiness of Rebecca’s house.

The movie lurches along with the protagonists making inexplicable mistakes. If the concept is to show that regular people make blunders as covering up a murder is not their stock-in-trade, the mistakes should have been better thought out. And people with normal intelligence might make one mistake under stress, but they don’t pile them up—that just speaks of lazy writing. Also trying to shift the blame on the Pakistani neighbour was in very bad taste.

Cast-wise, a pre-The Kissing Booth Joey King pouts annoyingly as Kayla while Peter Sarsgaard sails through as hipster dad, Jay. Mireille Enos puts in her all as the exceedingly wound-up Rebecca. At 97 minutes, The Lie just about manages to squeak past its expiry date.

Memory, identity and the tricks of the mind are quite the mainstay of science fiction and psychological thrillers. When Nolan, who loses his memory in the accident that killed his wife decides to go for Dr Brooks’ revolutionary treatment, all is not well. Nolan seems to remember things that go contrary to his gentle nature.

While the movie has some silly scenes, (that editor remembering Nolan’s dead wife’s writing just before telling him he is fired was hideously unbelievable), overall Black Box is good fun. When Dr Brooks puts the weird wire cap on Nolan’s head, you just wait for him to yell out “Cohaagen!” while a triple-breasted shady lady walks across the frame. (Total Recall, anyone?)

And then there is all that Inception echoes (hello, our protagonist is called Nolan) with analogue watches and safe rooms. Halfway through, there is an almighty twist that throws everything into a blender to create a jolly engaging film. Black Box is greatly helped by invested performances. Mamoudou Athie as tormented Nolan, Phylicia Rashad as the brilliant Dr Brooks and Amanda Christine as caring and cute Ava stand out.

The two films have whetted one’s appetite for the other two films in the anthology, Evil Eye, produced by Priyanka Chopra Jonas and Nocturne, which are dropping on October 13.