Weeks before the first COVID-19 infection was identified in India, the country is on it’s way to vaccinate millions of frontline workers from January 16. Vaccines would first reach four major depots in Karnal, Kolkata, Chennai and Mumbai, with all States having at least one State-level regional vaccine store.

Covishield and Covaxin, the two vaccines which are currently available, will be administered in two doses, with a gap of 28 days between each dose. The effectiveness will begin 14 days after the second dose. Citizens are expected to stick to COVID-19 appropriate behaviour during and after the vaccination process.

You can track coronavirus cases, deaths and testing rates at the national and State levels here. A list of State Helpline numbers is available as well.

Bharat Biotech said on Wednesday that it has successfully air-shipped its COVID-19 vaccine Covaxin to 11 cities in India in the early hours and that it has donated 16.5 lakh doses to the centre.

The company also expressed its deepest gratitude to the nation, all clinical trial volunteers and its partners for making this a successful and milestone public-private partnership for the development of India’s first COVID19- vaccine, a press release said.

The first consignment of about 94,000 doses of the Covishield vaccine reached the Bhopal airport in Madhya Pradesh on Wednesday, a state government official said.

The batch of the vaccine doses arrived at the Raja Bhoj Airport in a scheduled flight from Mumbai, said the official of the Public Relations Department.

“About 94,000 vials of the vaccine in different boxes have arrived in Bhopal,” he said.

The freighter ferried three boxes, weighing around 78.5 kg, of the COVID vaccine from Hyderabad, he said.

“The consignment was shipped by Bharat Biotech and handed over to state government officials within six minutes of its arrival,” a spokesperson of the Airport Authority of India said.

The second consignment of 1.47 lakh doses of COVID-19 vaccines arrived here on Wednesday from the Pune-based Serum Institute of India, a health official said.

The first consignment of about 6.48 lakh doses of Covishield vaccines had reached Bengaluru on Tuesday.

The total number of persons found to be positive with the new U.K. variant genome stands at 102, the Health Ministry said on Wednesday and added that India’s active caseload had fallen to 2.14 lakh (2,14,507).

The Ministry also said that the COVID-19 vaccination drive scheduled to kick-start from January 16 is a massive country-wide exercise and will use the principles of people’s participation (Jan Bhagidari) and utilise the experience of elections (booth strategy) and the Universal Immunization Program (UIP).

The Tiruchi regional vaccine store (RVS) received a total of 68,800 doses of the COVID-19 vaccine as its first consignment from Chennai early on Wednesday morning.

The Covishield vaccine, supplied by the Serum Institute of India, had reached Chennai on Tuesday, from where it was dispatched to various RVS points in the State for the first phase of the vaccination drive to begin on January 16.

Decision on reopening schools for other classes will be taken at appropriate time, TN Minister says

Depending upon the prevailing situation, a decision regarding reopening of schools for classes 1 to 9 and class 11, in a phased manner, will be taken, said School Education Minister K.A. Sengottaiyan in Erode on Wednesday.

Addressing the media at Gobichettipalayam, he said that Chief Minister Edappadi K. Palaniswami had announced the reopening of schools for students of classes X and XII from January 19. He said that all precautionary measures against COVID-19, as instructed by the Health Department, were taken and will be followed after the schools were opened. The first consignment of COVID-19 vaccine arrived at the Cochin International Airport, Nedumbassery about 10.45 a.m. on Wednesday. The flight arrived about 15 minutes ahead of the schedule of 11 a.m. earlier announced by the airport authorities.

Gujarat police have collected fines worth Rs 3.63 crore between January 8 and 11 from people violating the mask rule for COVID-19 prevention and those spitting in public, officials said on Wednesday.

The fine for not wearing a mask in public places in the state is Rs 1,000.

On an average, around 9,000 people were fined every day from January 8 to 11 for the COVID-19 related violations in Gujarat, the state police said in a release.

The Mumbai civic body has allowed various state, national and international educational boards to conduct exams physically as per their schedule in the city while following all COVID-19 prevention guidelines.

However, it has now decided to permitted the boards to conduct their examinations, as not doing so could result in loss of a year for students, the BMC said in its order issued late Tuesday night.

Though the Union Health Ministry has confirmed the presence of 96 instances of the ‘UK variant’ — a form of the Sars-Cov2 associated with high infections — in India, it is yet to significantly begin looking for the variant in those without such history. So far these variants have only been identified in those with international travel history after November.

Scientists associated with the sequencing exercise, on condition of anonymity, told The Hindu that it was “highly unlikely” the variant wasn’t locally present in India in those without travel history and that not enough was being done to actively look for it.

Identifying such variants is important because in the event of a rapid spike in cases, it can be analysed if certain variants are responsible. It would also be necessary to grow these viruses in the lab so that scientists can then design appropriate tools to make diagnostic devices or even improve vaccine development efforts.

Boxes of Covishield, the vaccine made at the Serum Institute of India, has left for multiple locations across India, Mr. Adar Poonawalla, CEO, SII, tweeted on Tuesday. “An emotional moment for the team at Serum Institute as the first shipments finally leave,” it said. 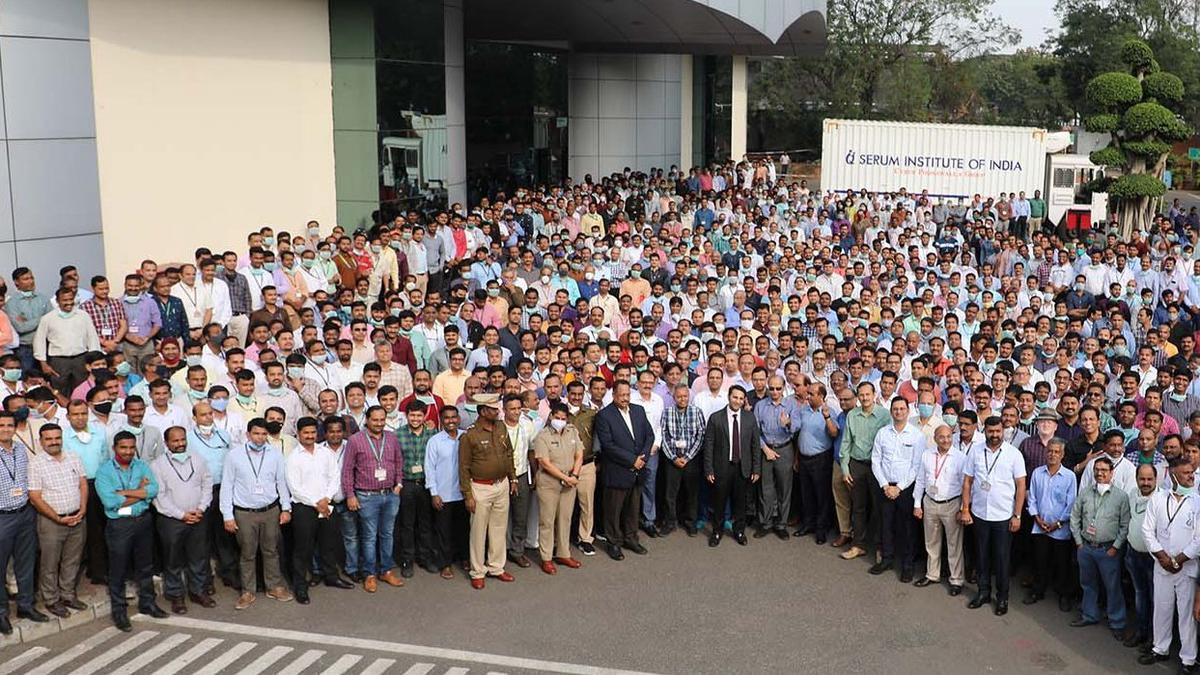 Adar Poonawalla tweeted: “An emotional moment for the team at @SerumInstIndia as the first shipments of #Covishield finally leave for multiple locations across India.” Photo: Twitter/@adarpoonawalla

The Centre has procured 11 million doses at ₹200 a dose. Two doses, 28 days apart, are to be given to 30 crore healthcare workers and others in priority groups identified by States. As part of the government-sponsored inoculation of health workers, 5.5 million doses of Covaxin, developed by Bharat Biotech, are also being procured.

Massive employment to be generated due to measures taken for self-reliance...