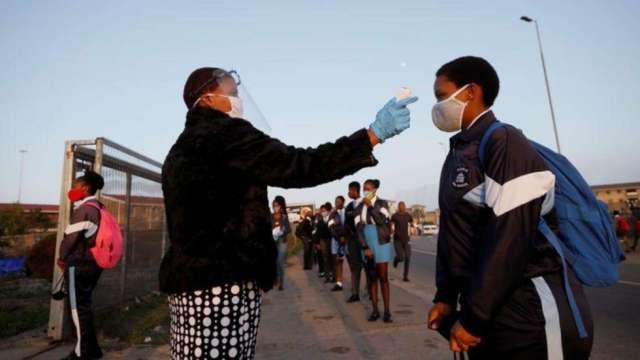 After Botswana notified the world of the detection of a new COVID-19 strain with as many as 32 mutations, the variant has now also been detected in South Africa.

The variant is being called a cause for serious concern. South African scientists are studying the variant amid alarm that it may cause a severe fourth wave of the pandemic across the globe.

The new ‘most mutated’ COVID-19 strain is being called B.1.1529 currently. It is yet to be designated with a Greek letter like the other variants. The variant is “clearly very different” from other strains and has an unusually large number of mutations, revealed Tulio de Oliveira, a professor of bio-informatics who heads gene-sequencing at two universities in South Africa.

The new COVID-19 variant has been detected in nearly 100 cases in the country. Officials of the WHO are in the midst of discussions related to the new strain.

The new variant appears to have emerged from an immune-compromised patient with severe COVID-19 infection, who possibly could have had untreated HIV/AIDS, as per a statement from Science Media Centre, London.

Meanwhile, Europe is struggling with a sharp rise in COVID-19 cases as the continent becomes the epicentre of the pandemic again. Germany, one of the worst-hit, has decided to enforce stricter measures as it mulls a full lockdown.