Jeff Bezos’ girlfriend Lauren Sanchez REVEALS her favourite place in the world. Can you guess what it is? 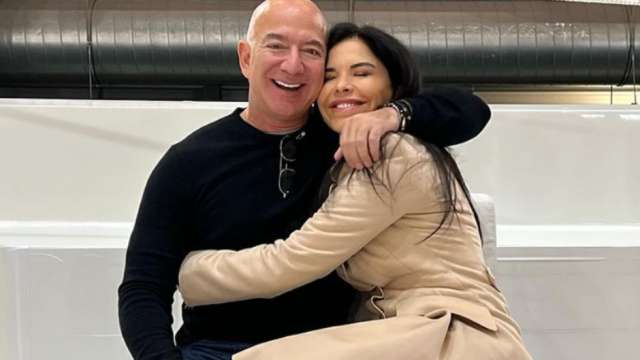 Amazon founder Jeff Bezos’ girlfriend Fox LA TV anchor Lauren Sanchez sent the internet into a tizzy on Wednesday as she shared several photos of her vacation with Bezos. In one of the photos, Lauren and Bezos can be seen kayaking with their dog, while in another Lauren can be seen giving Bezos a hug.

However, what caught the attention of netizens was the caption that Lauren wrote alongside the photos. Lauren wrote in Spanish, “Mi lugar favorito del mundo, es a tu lado (sic),” which roughly translates to “My favorite place in the world is by your side.”

So far, the photos have more than 7,000 likes on them and several comments. One user said, “You two are awesome,” while another wrote, “Good for you guys! You both look great!!”

For the unversed, Amazon founder Jeff Bezos and Lauren Sanchez made their relationship public in 2019, a short while after his divorce with Mackenzie Scott, his wife of 25 years, was finalised. Recently, the couple was in the news after a video went viral on Instagram which showed Lauren swooning after meeting actor Leonardo DiCaprio. In the video, Lauren briefly had her arm wrapped around Leonardo DiCaprio, and the two seemed to be hitting it off while Jeff Bezos looked on! Bezos had also hilariously reacted to the viral video.

As for Bezos’ former wife MacKenzie, she remarried after her divorce with Bezos and is now married to Dan Jewett, a high school science teacher from Washington.