Wife Kajol, Big B and other celebs praise Bollywood’s Singham 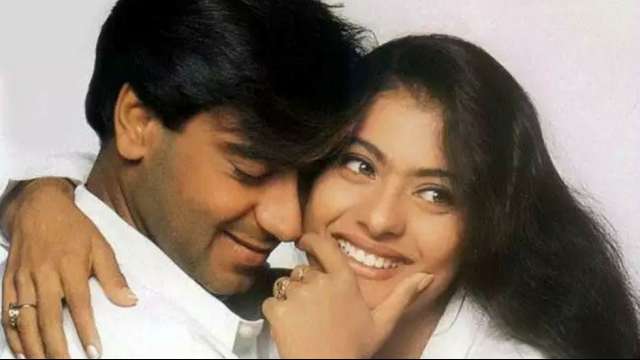 Bollywood actress Kajol is happy as her husband Ajay Devgn has completed three decades in the Indian film industry. Taking to Instagram, Kajol penned a heartfelt post for Ajay, saying she respects him a lot.

“Completing 30 years, 3 decades and god knows how many countless hours before that in cinema @ajaydevgn. With the same quite study dedication and just letting his work speak for him and what he thinks about the film industry. Respect always. Keep on rocking,” she wrote. Ajay made his Bollywood debut with ‘Phool Aur Kaante’ 30 years ago. It starred Ajay opposite Madhoo. Late Amrish Puri was also a part of Kuku Kohli’s directorial. The film is much talked about for an action scene in which Ajay does a split with each leg on two moving bikes.

As Ajay Devgn completed 30 years in the film industry, his friends and fellow stars of the film industry poured in congratulatory messages, complimenting the brilliant actor. Megastar Amitabh Bachchan, who will soon be seen with Ajay in the film ‘MayDay’, took to his Twitter handle and wrote a post filled with love and blessings.

“T 4103 – #AjayDevgn, completes 30 years in the Film Industry, on 22nd Nov, when his film ‘Phool Aur Kante’ released. Soft-spoken, non-interfering, yet filled with passion. My congratulations Ajay, may you continue for another 70,” he tweeted.

T 4103 – #AjayDevgn , completes 30 years in the Film Industry , on 22nd Nov , when his film ‘Phool aur Kante’ released. Soft spoken, non interfering, yet filled with passion. My congratulations Ajay, may you continue for another 70.
— Amitabh Bachchan (@SrBachchan) November 21, 2021

Superstar Akshay Kumar took to his Instagram handle and shared a BTS picture with Ajay from the sets of ‘Sooryavanshi’ in which the two can be seen laughing together. Akshay further penned a special caption, remembering their early days in the industry. “Mujhe yaad hai when as newbies, main aur tu saath saath Juhu beach pe martial arts practice karte the when your dad used to train us. Kya din the yaar @ajaydevgn , and just like that it`s been 30 years to #PhoolAurKaante. Time flies, friendship stays,” he wrote.


See also  R Madhavan-Surveen Chawla calls it quits, but are they splitting? Find out

Anil Kapoor took to the comments section of this lovely post to express his admiration for his ‘Total Dhamaal’ co-star. He wrote, “Was there to wish you on your premiere night.. saw your close up and your eyes as soon as I entered the auditorium and I just knew he`s a star. congratulations on 30 years Ajay…”

Several other celebrities including Sonakshi Sinha, Suniel Shetty and Rakul Preet Singh shared special posts on their respective social media handles to mark 30 years of Ajay Devgn. Ajay Devgn began his career with the film ‘Phool Aur Kaante’ in which he starred opposite Madhoo.

Not only other Bollywood starts, but Ajay Devgn himself shared a video on his special day. Tak a look:

Ahead on the work front, the superstar has multiple exciting projects in the pipeline including the slice-of-life comedy ‘Thank God’ co-starring Sidharth Malhotra and Rakul Preet Singh and sports drama ‘Maidaan’. In the film, Ajay will be seen essaying the role of the legendary coach Syed Abdul Rahim, who is widely known as the founding father of Indian football. Ajay is also producing the upcoming film ‘Velle’, featuring Abhay Deol, Karan Deol, and Mouni Roy in the lead roles.

How to check your name on beneficiary list, payment status

With Faf du Plessis not retained, THIS player could lead CSK once MS Dhoni retires