Kangana Ranaut has sparked yet another debate with her thoughts on India’s battle for independence from British domination. She claimed last week at a meeting that India’s independence was a ‘bheekh (handout)’. She stuck by her statement on Tuesday, advising people to pick their heroes wisely.

Kangana tweeted an old newspaper article on Tuesday, writing, “Either you are a Gandhi fan or Netaji supporter. You can’t be both, choose and decide.” The newspaper had an old article from the 1940s with the headline, “Gandhi, others agreed to hand over Netaji.”

Freedom fighters were ‘handed over’ to the British by people who ‘lacked the courage to oppose oppression but were “power-hungry,” Kangana claimed

She made a dig at Mahatma Gandhi, saying, “Those are the ones who taught us, if someone slaps you offer another cheek for one more slap and that is how you will get aazaadi. That’s not how one gets aazadi, one can only get bheekh like that. Choose your heroes wisely.” 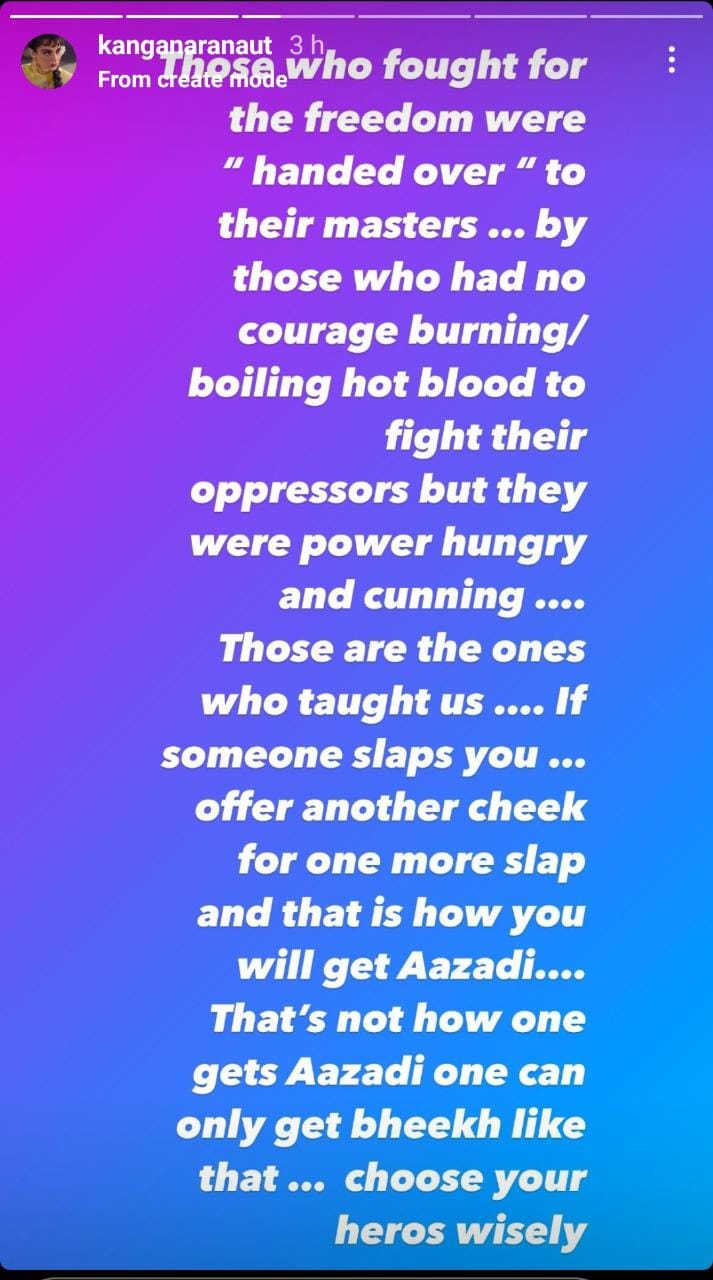 She added “So you need to choose who you support because just placing them all in one box of your memory and every year wishing them all on their birth anniversaries is not enough. In fact, it is not just dumb, it is highly irresponsible and superficial. One must know their history and their heroes.” 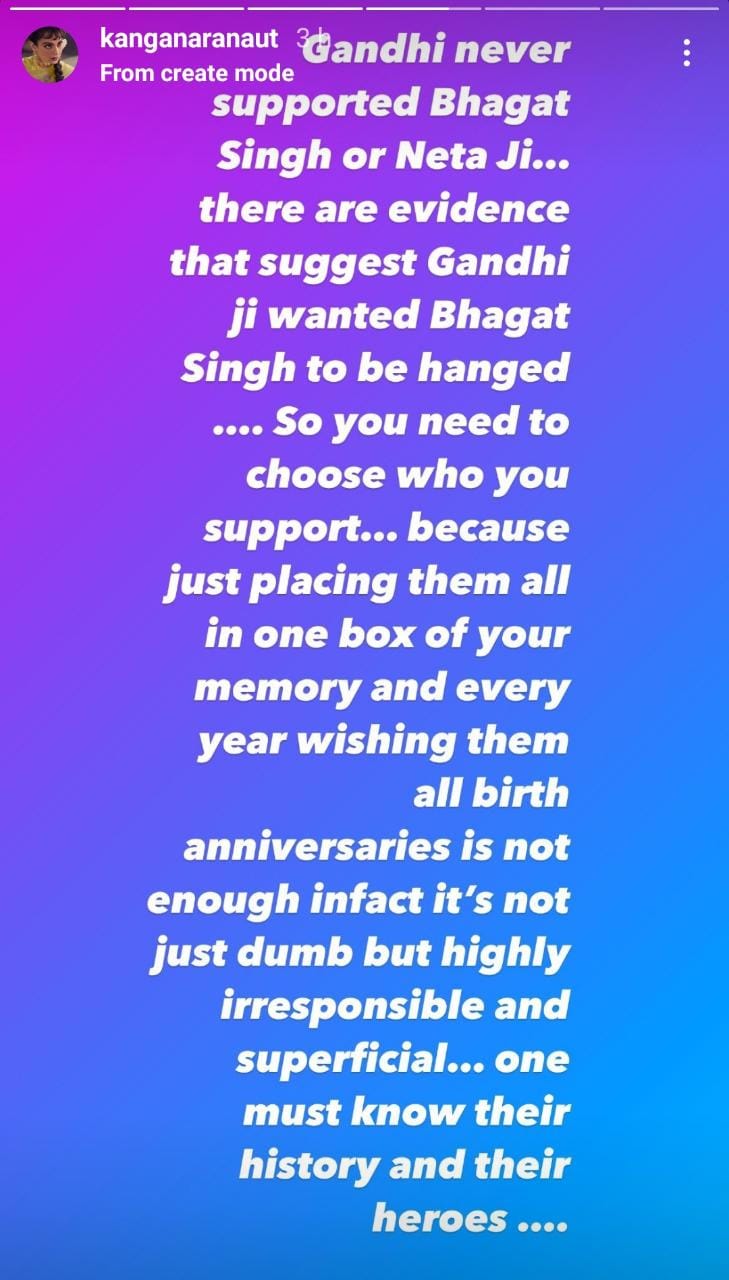 While the Aam Aadmi Party filed a complaint with the Mumbai Police Department seeking a case against her for “seditious and inflammatory” remarks, MPs from all parties, including BJP MP Varun Gandhi, were outraged by her remarks.